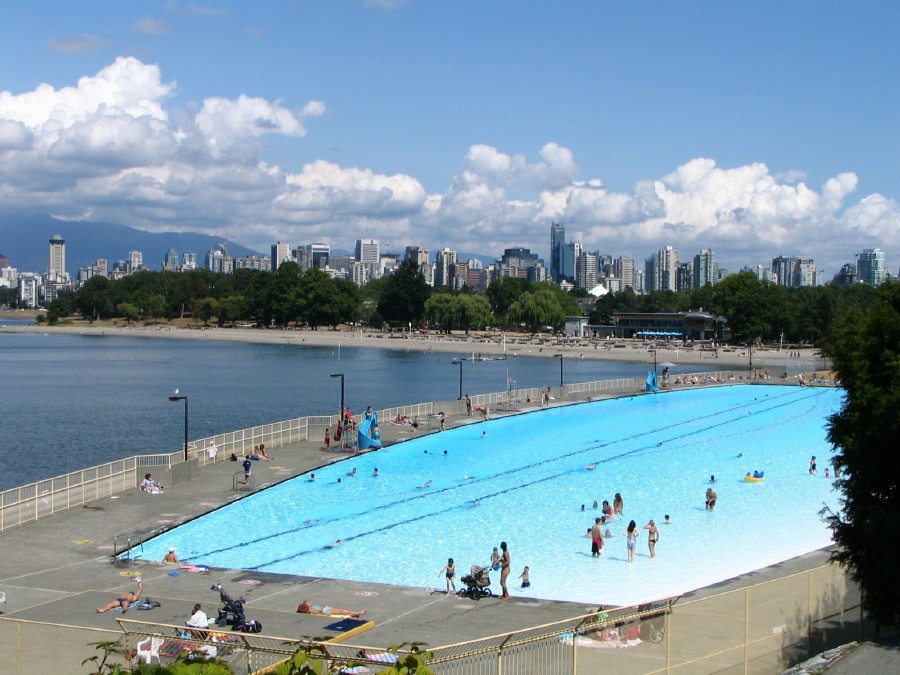 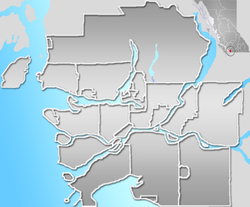 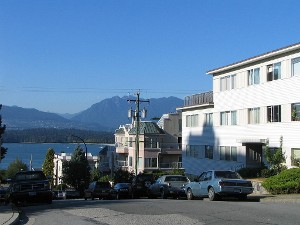 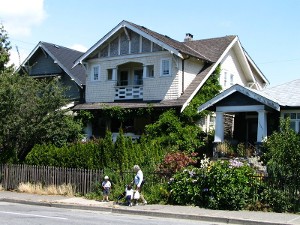 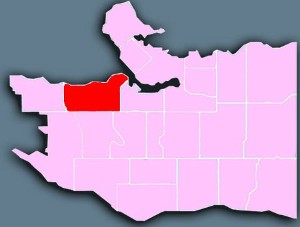 Kitsilano is a neighbourhood in the city of Vancouver, British Columbia, Canada. Known colloquially as "Kits", the neighbourhood is named after Squamish chief August Jack Khatsahlano. Kitsilano is located in Vancouver's West Side along the south shore of English Bay, between the neighbourhoods of West Point Grey and Fairview. With a population of 40,595 people as of 2006, the area is mostly residential with two main commercial areas, West 4th Avenue and West Broadway, known for their retail stores, restaurants and organic food markets. Notable landmarks in Kitsilano include the Burrard Bridge, Kitsilano Beach, and the Museum of Vancouver/H. R. MacMillan Space Centre.

The neighbourhood has played host to a number of annual events such as the Vancouver International Children's Festival, the Bard on the Beach outdoor Shakespeare festival, and the Celebration of Light fireworks competition. Kitsilano is the current or former home of a number of famous residents including environmentalist David Suzuki, writers William Gibson and Philip K. Dick, actors Ryan Reynolds, Jason Priestley, and Joshua Jackson, ice hockey players Trevor Linden and Ryan Kesler, and comedian Brent Butt.

The name 'Kitsilano' is derived from 'Xats'alanexw', the name of a Squamish chief. The area has been home to the Squamish people (known as Sḵwx̱wú7mesh in the Squamish language) since the 1800s when they moved into the area to work in saw mills and other industries started by early settlers. The Squamish finally surrendered the reserve to the federal government in 1946. There is still a small amount of Indian reserve land at the foot of the Burrard Street Bridge, called senakw (usually spelled Snauq historically) in the Squamish language, where Xats'alanexw, also known as August Jack Khatsahlano, lived.

The city's streetcar lines used to have a "loop" at Arbutus & Cornwall, which made "Greer's Beach", as the area first became known after the holdout settler who lived there, easy to get to from the new city, then still mostly contained on the downtown peninsula. With the opening of the Lulu Island Railway interurban line from Granville & Pacific to Richmond via Seventh Avenue and Arbutus Street to Kerrisdale in the 1890s, more of Kits was put within easy range of downtown and housing and commercial areas carved out of the forests and swamp. The lowland area beyond MacDonald, from 4th Avenue to King Edward, was known as Malaria Flats because of its swampy air. Like most of Vancouver, it had only a few decades before been covered in dense West Coast forest.

From the 1890s, the Vancouver Lawn Tennis Club in Granville Park became a trendy club for the local elite, hosting an annual Championship which attracted some nationally successful Canadian players.

The area was an inexpensive neighbourhood to live in the 1960s and attracted many from the counterculture from across Canada and the United States and was known as one of the two hotbeds of the hippie culture in the city, the other being Gastown. However, the area became gentrified by 'yuppies' in subsequent decades. Close proximity to downtown Vancouver, walking distance to parks, beaches and popular Granville Island has made the neighbourhood a very desirable community to live. One of the main concert venues in the city in the days of the counterculture was the Soft Rock Cafe (not to be confused with the Hard Rock Cafe), near 4th and Maple, later rebuilt into a modern shopping complex.

One remaining artifact of the 1960s is the Naam Cafe at 4th and Macdonald, providing vegetarian, vegan, and natural foods. The area is also known for having the first of certain kinds of restaurants, such as the California-style Topanga Cafe. Three of the first neighbourhood pub licenses in Vancouver are still located on 4th Avenue - Bimini's at Maple (reopened after a fire in 2007),Darby D. Dawes at MacDonald, and Jerry's Cove - the original name of Jericho - near Alma.

Greenpeace - founded in the home of Dorothy Stowe at 2775 Courtney Ave. in upper Point Grey near Pacific Spirit Regional Park and UBC - originally found a home in Kitsilano in the backroom of a small office on the SE corner of Broadway at Cypress, and shortly after that at 2007 4th Ave. and Maple (now 2009 due to address change), sharing the upstairs office with SPEC. The first offices of the Green Party of British Columbia were originally located in the home of longtime party leader Adriane Carr and her husband Paul George on Trafalgar Street, near 6th, in early 1983, before being moved by the summer of that year to offices near Broadway and Cypress, which also became the first offices of the Green Party of Canada.

Kitsilano is located in the West Side of Vancouver, along the southern shore of English Bay, with Burrard Street as the neighbourhood's eastern boundary, Alma Street its western boundary, and 16th Avenue its southern boundary.

Like all of Vancouver, Kitsilano is located in traditional Coast Salish territory.

Kitsilano is home to a number of Vancouver's annual festivals and events:

Kitsilano is home to 17 parks, which include six playgrounds, an off-leash dog park, and Kitsilano Beach, one of Vancouver's most popular beaches. Along with the beach itself, Kitsilano Beach Park also contains a franchise restaurant, Kitsilano Pool, and the Kitsilano Showboat. The Kitsilano Showboat, operating since 1935, is essentially an open-air amphitheatre with the ocean and mountains as a backdrop. All summer long, the showboat hosts free performances from local bands, dance groups, and other performers. Its main goal is to entertain residents and tourists, showcasing amateur talent. It is located on the south side of the Kitsilano Pool along Cornwall Avenue. Weather permitting, shows typically start at 7:30 p.m. on Mondays, Wednesday, and Fridays. Beatrice Leinbach, or Captain Bea, has been playing an active role in maintaining the showboat since the mid-1940s. As of 2006, she is the president of the non-profit Kitsilano Showboat Society.

Vanier Park is another one of Kitsilano's most popular parks, and is the location of the Museum of Vancouver, the H. R. MacMillan Space Centre, the Vancouver Maritime Museum, as well as the public art installations Gate to the Northwest Passage by artist Alan Chung Hung and "Freezing Water #7" by Jun Ren

Landmark buildings in Kitsilano include the Burrard Bridge, a five-lane, Art Deco style, steel truss bridge constructed in 1930-1932 connecting downtown Vancouver with Kitsilano via connections to Burrard Street on both ends, as well as several historic sites such as the Museum of Vancouver and H. R. MacMillan Space Centre, St. Roch National Historic Site of Canada, Kitsilano Secondary School, General Gordon Elementary School and the Bessborough Armoury. Busy Macdonald Street and some quiet, leafy adjoining streets still have some 1910s-1920s craftsman houses that cannot be found anywhere else in Vancouver. According to Exploring Vancouver, an architectural guide to the city:

Kitsilano developed as a less expensive suburban alternative to the West End. Endless rows of developer-built houses lined the grid of streets, their gabled roofs picturesque and not boring. Many resemble West End houses of preceding years, but have the wider proportions, broad verandahs, and wood brackets popularized by the newer and trendier California bungalow.

The data relating to real estate on this website comes in part from the MLS® Reciprocity program of either the Real Estate Board of Greater Vancouver (REBGV), the Fraser Valley Real Estate Board (FVREB) or the Chilliwack and District Real Estate Board (CADREB). Real estate listings held by participating real estate firms are marked with the MLS® logo and detailed information about the listing includes the name of the listing agent. This representation is based in whole or part on data generated by either the REBGV, the FVREB or the CADREB which assumes no responsibility for its accuracy. The materials contained on this page may not be reproduced without the express written consent of either the REBGV, the FVREB or the CADREB.
Kitsilano, Vancouver, B.C